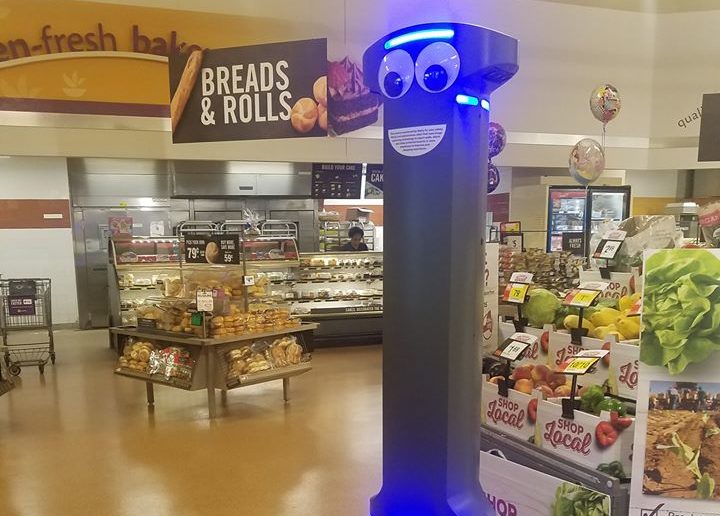 As guidelines encourage folks to social distance during the COVID-19 outbreak, local supermarkets have marked aisles with arrows so shoppers can only travel in one direction and easily keep six feet away from other shoppers. Stop & Shop, our local supermarket, is no exception. However, its efforts were impeded by another one of its efforts.

Last year, the supermarket introduced Marty the Robot, an autonomous, googly-eyed robot that travels up and down the aisles looking for spills, which it will then announce over the loudspeaker so a store associate could come clean it up. Supposedly, its technology can also evade shoppers and carts on the move. 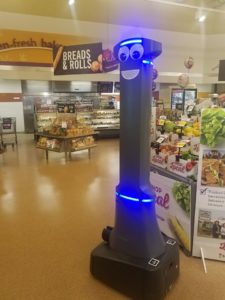 Or so I thought.

Yesterday, Marty the Robot decided to travel the wrong way, down the center of the aisle. I tried maneuvering around him, but his stupid googly eyes just looked at me and announced three times, “CLEANUP NEEDED IN AISLE FIVE.”

He inched closer to me. I hurled some choice F-words at him as we remained in a supermarket standoff.

Finally, he moved. At least he was wearing a mask, lest I get infected by a computer virus.